“Ted Dintersmith, a venture capitalist turned education philanthropist, is convinced the U.S. education system needs to change. But he doesn’t want to force it. He spent the 2015-2016 school year traveling to schools in all 50 states and he discovered that teachers, when trusted and supported, often innovate on their own. The method of transforming K-12 schools that he advocates in his latest book, What Schools Could Be: Insights and Inspiration from Teachers across America, is of the grassroots variety. Small steps lead to big change, he says.

Dintersmith points to North Dakota as a place where the people at the top of the state leadership hierarchy are making room for schools to innovate at the local level. He has spent a fair amount of time in the state since his nationwide tour, putting a portion of his fortune toward grants and statewide efforts to encourage innovation.”

Great perspective on the single most important issue in U.S. education today via The Hechinger Report. How can we help existing schools change and improve learning outcomes that matter? 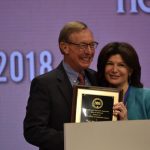 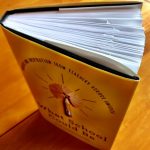 EDUCATION WEEK: ‘What School Could Be’ Book ReviewNews