Budgets reflect values.  So what are we learning about our nation’s values?

Teachers unions in several states have been striking for higher pay.  Many business-types regard unions as evil, but the labor movement helped build our country.  In my travels, I meet many teachers who work multiple jobs to make ends meet. I talk to drivers who left the teaching profession because Uber paid them enough to support their family.  These stories aren’t fiction. Fact #1:  We don’t treat our teachers as professionals, yet we trust them with the lives and the futures of our children.

A few months ago, our nation passed a $1.5 trillion tax cut.  It was marketed as a boon for lower- and middle-income families.  It isn’t. It adds massively to our national debt, while largely benefiting affluent individuals and profitable corporations.  The debt we pile up isn’t funny money – it’s a real obligation we’re sticking on our children. When interests rates eventually rise, the shit will hit the fan.  Fact #2:  The Tax Cuts and Jobs Act of 2017 was an inside job engineered by, and benefiting, those least in need of financial relief.

Trump’s budget calls for increasing defense spending by 10%, or about $70 billion, justified by claiming we need to keep pace with Russia and China.  The U.S. spends 3x more than #2 China on defense, and more annually than China and the next seven nations combined. Much of this funding goes to weapons systems that will be obsolete when they finally see the light of day, but serve the interests of defense contractors, lobbyists, and certain congressional districts. Fact #3:  The U.S. defense budget needs to be re-thought, not increased.

Imagine if the U.S. added $70 billion annually to U.S. K12 public education.  Ballpark, that’s about $1,400 per student, or $700,000 per school, or $23,000 per teacher.  Or imagine a one-time $1.5 trillion investment in U.S. education.  If our country were serious about investing in its future, instead of adding further advantage to our affluent, we could use these budget dollars to modernize all buildings, pay teachers a decent wage, and add programs that engage students and prepare them for their futures.  Fact #4:  There are huge opportunity costs when we go along with a 10% increase in defense, or massive tax cuts for the wealthy.

Betsey DeVos, our Secretary of Education, had this to say about the teacher strikes — “I think we need to stay focused on what’s right for the kids.  And I hope that adults would keep adult disagreements and disputes in separate place, and serve the students that are there to be served.”  Does she really think anything would be done to increase teacher pay without a strike?  And as to serving the kids, let’s use the strike as a bit of homework.  Research the history of America’s Labor movement, and decide whether you think it’s been a positive or negative for U.S. families.  Research teacher salaries in your district, and determine whether they are high enough to support a family?  Would this salary level encourage or discourage you to enter the teaching profession?  If you were in charge of your state’s teacher union, would you go on strike?

Great nations endure by investing money where it’s most needed.  Our future will be defined by how we educate our children. Every child in America should be going to an adequately-funded school.  Our teachers should be treated, and compensated, as professionals. Shouldn’t our biggest national priority be helping all schools better prepare our kids for the demands of a very different world? 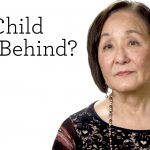